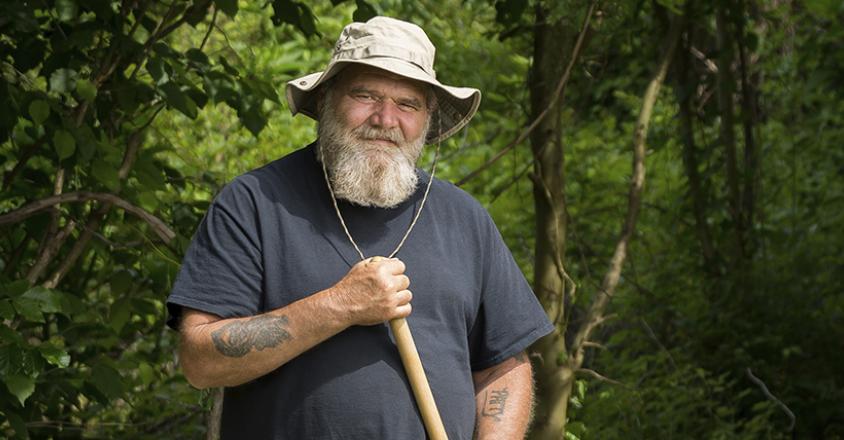 It was 2014, and Martin Angler, a truck driver from Philo, was unloading boxes from the back of his truck. “It was just a normal day, and the work wasn’t that hard,” Martin said. “But when I got back in the cab, I felt like I was having a heart attack.”

He soon found out he was developing chronic obstructive pulmonary disease (COPD). Martin began treatment to help with his breathing, but the problem worsened. And not long after, he realized he needed to quit work.

It's time to take action

Several years passed, and Martin’s health continued to decline. His doctor told him a lung transplant could help him – but to be accepted into the lung transplant program at The Ohio State University Wexner Medical Center (OSU), he would need to lose 100 pounds. That meant there was hope. Even so, he felt discouraged knowing how much weight he had to lose.

“Then one day I woke up and decided I needed to do this,” Martin said. “So, I went on a strict diet and spent over a year working to lose the weight.”

Early in 2018, he reached his weight loss goal and called his doctor at Genesis, Emily Brawner, D.O., FCCP, Genesis Pulmonary/Critical Care Medicine, to share the good news and find out the next steps.

“It’s critical for patients to be as healthy as possible before they undergo transplant surgery,” explained Dr. Brawner. “Martin took this seriously and did the hard work of losing the weight. The next step was for him to undergo additional testing with his surgeon, as well as participate in the pulmonary rehabilitation program we offer at Genesis. We’ve developed a close relationship with the lung transplant and rehab team at OSU, which helps ensure the best outcomes for our patients.”

The testing for the transplant needed to be completed at OSU, which was over an hour away from Martin’s home. Fortunately, the pulmonary rehabilitation program at Genesis was just a short 15-minute drive away.

Preparing for the transplant

“Patients first meet with the team to discuss their lung disease and challenges they’re facing. We also do testing to get a baseline of a patient’s exercise tolerance, which allows us to set exercise goals,” explained Babcock. “We offer group education classes and support, weight training, balance training, stretching and flexibility, and more, all designed to improve their lung health and overall health.”

Ashlee Noyes, RCP, RRT, CTTS, is a rehab specialist who has worked closely with Martin since August 2019, when he first came to pulmonary rehab. She understands not only the physical and mental challenges patients with lung and breathing problems face, but also how hard it can be mentally, too.

“When Martin came to pulmonary rehab, he was on oxygen,” Noyes said. “Imagine being on oxygen, then someone tells you you’re going to start exercising. That can be a very scary thing when you feel like you can’t even breathe. So, part of what we do is help patients understand that we’re here to help them exercise safely.”

Martin completed the first part of the pulmonary rehab program by early 2019, attending two hours twice a week for 10 weeks. Much of his time was spent on the treadmill, a recumbent bike and a NuStep exercise machine. Martin also met with the team’s registered dietitian for tips and nutrition information specific to his needs to help make sure he kept the weight off.

After these programs were completed, Martin was placed on the transplant waiting list. Fortunately, he didn’t have to wait long; just a few days later, a set of lungs became available. He went in for the surgery at OSU, and the procedure was a success.

“I stayed in the hospital for 13 days. Then on Dec. 13, which is also my birthday, I was released,” Martin said.

After surgery, he continued to work with his OSU surgeon to meet specific goals and milestones. He also continued his pulmonary rehabilitation program at Genesis.

“He’s doing phenomenally,” explained Noyes. “He is hardly winded when he exercises.” Noyes credits Martin’s determination with his excellent results.

Martin finished the first part of pulmonary rehab and is now undergoing the maintenance program that gives patients the opportunity to maintain their health and continue exercising in a supervised environment at the Genesis Pulmonary Rehab Gym. One of the side benefits of the maintenance program is the opportunity to meet other lung disease patients going through similar challenges. The patients get to know each other, share ideas and offer support.

“Going to the pulmonary rehab program helps keep me motivated. It not only helps your strength, but your mental status, too, by talking to other people there,” Martin said.

Martin now lives his life without using supplemental oxygen. He also enjoys gardening and fishing – activities that he hasn’t been able to do for years. And one of the biggest rewards is knowing he’ll be able to play with his grandchildren, including a new granddaughter, who was born in June 2020. 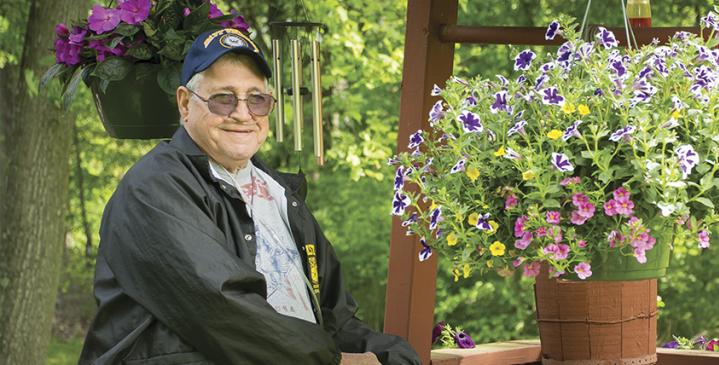